DET GAMLE RÅDHUS offers a sense of nostalgia and ambience in a beautiful setting. The building has been renovated in a way that is sympathetic to its original design, and the décor helps create an informal and cosy feel. Within the original fabric of the building, the rooms have been equipped with all the modern facilities that guests now expect and appreciate. We measure ourselves against the old-fashioned high standards of service of the mid-20th century, and the staff take pride in delivering this high quality of service.

Naturally, we also offer suitable accommodation for business trips and the perfect base for a wonderful holiday in Southern Jutland.

We have beautiful rooms with a real sense of ambience – making DET GAMLE RÅDHUS the perfect venue for weddings, birthdays, christenings, confirmations and other festive occasions. Whether you are a large or small group, we will tailor your event according to your requirements.

The Restaurant
The restaurant can accommodate up to 80 guests.

The Bank
The premises of what was once a bank (“Handelsbanken”) have also been refurbished and given an antiquated look. The rooms offer facilities for conferences and provide a cosy venue for parties and events. The rooms can accommodate up to 120 people.

DET GAMLE RÅDHUS is located in the picturesque town of Gråsten, with a forest, lakes, beaches and a royal palace all within easy reach of the town centre. Stroll in the beautiful palace gardens near Gråsten woods and enjoy the view over Gråsten Palace Lake.

Sønderborg, Aabenraa and Flensburg also offer attractions and good shopping amenities and are only 20 minutes away by car. 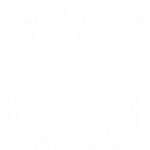 Enjoy your visit to the picturesque town of GRÅSTEN, which is famous for its royal palace.

THE HISTORY OF THE TOWN HALL

On the 30th April 1953, the roof-tree timbers were put in place at Gråsten Town Hall and a ceremony was held to mark the occasion. The construction of the Town Hall had long been in the pipe line, once it had been agreed that the old town hall office in Ringgade was no longer large enough to accommodate all the staff.

In 1941, the municipality bought a plot in Jernbanegade, but the building work was never started. Building work only began after the municipality had bought Kraags Hotel on the Town Square.  At the ceremony, a document, decorated with painted oak leaves, was embedded into one of the walls in the entrance hall.

On 5th May 1954, almost a year after the roof timber ceremony, the Town Hall was inaugurated. The Chairman of the Town Council, Johannes Koch, opened the first public meeting of the new Town Hall, and this meeting was followed by a reception and other celebrations.

The new Town Hall was an expression of and a symbol for the growth and development that the town of Gråsten had experienced over the years.*

The building served as the official Town Hall until Denmark’s municipal reform of 2007. At this time, Gråsten became part of the municipality of Sønderborg.

Until the summer of 2015, the Town Hall still served as an administrative centre for approximately
60 employees, who moved to other workplaces in the municipality when the building was sold.

The Town Hall has since undergone extensive renovation and has been restored to its former glory of 1954.

The Town Hall in 1954 (Photos from Gråsten Local History Archive)